skip to main | skip to sidebar

So we have taken a while to give an update... our bad :) Actually, we were in the Baye Islands and the internet was really expensive there and then other things just didn´t work out.. anyways, here´s an update! (Sorry if there are some mistakes we can´t get rid of.. it´s a Spanish keyboard)

We left Belize on Saturday afternoon, after a slow start in Dangringa we boarded a smallish boat to cross the sea. That didn´t go well - big puke fest. Weee! Mostly on the part of Sarah (2) and Lee (1). That was super. Nancy (0) offered no comfort and would not look - only way she didn´t puke, not to say she wasn´t REALLY close!
But we made it. So we eventually found a mini bus to San Pedro, and then a big bus to La Ceiba, which is on the coast and the host of all ferries to the Baye Islands. Spent a night in La Ceiba, indulged ourselves with some American fast food (hadn´t seen Wendy´s or Pizza Hut since Canada!) Then we boarded the second ferry trip.... thought it would be better because the boat was bigger but... not so much. Sarah (1) (again) and Nancy (0) very, very close and Lee (0) did alright (jerk).
Anywho.. we made it to the super Roatan, the biggest of the Baye Islands. We stayed in a yucky place the first night but the second and third we had a nice cabin with a shared kitchen and stuff. The beaches were really great - we rented ATVs the second day so we could explore the island a little more. There is a huge, beautiful picture-esque beach there. And, it´s so close to the reef, Sarah and Nancy snorkeled and saw some really amazing fish, got lost in the coral a bit... way better than anything in Belize!! Miss it already!
The way back, all three of us being anxious about the upcoming pukefest #3, we all requested and took some sea sick pills and passed out for the ride back. No puking. Yay!
We bused our way back to San Pedro Sula, had some food, got a place to stay... and today, if there´s buses running, we´ll head out to Copan. Since it´s Semena Santa (Easter holidays) everything´s been shut down... no good. We´ll see where we end up.

So, that´s the general update, we hope everything is well back home,
Posted by Lee & Nancy at 10:34 a.m. 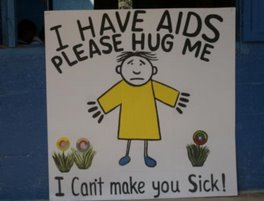 Made by local elementary school students 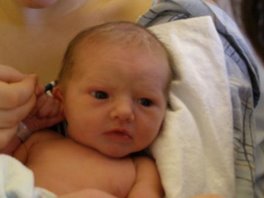 Reason #2 We wish we were home. Emma arrived early Monday February 12th, and was 7lbs4oz. 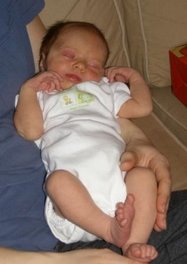 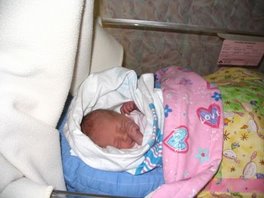 Another picture of Miss. Alice 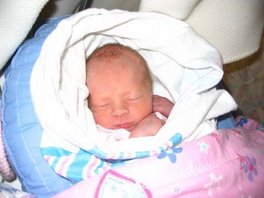 One reason we wish we were home...

This is the main building for Cornerstone, where we are based out of. 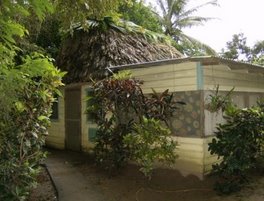 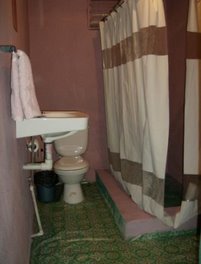 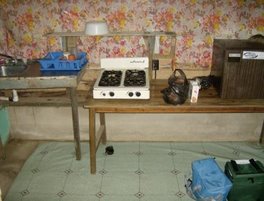 Complete with one pot and one pan (so we can cook the gourmet stuff) - bonus - only 3 leaks in the roof!

Our bedroom (and livingroom and dining room) 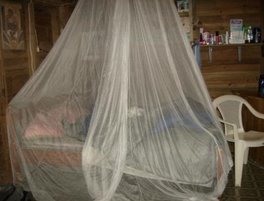